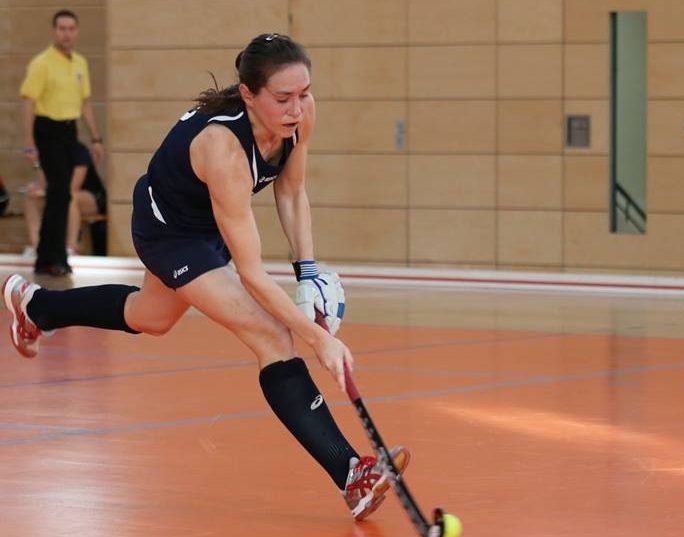 Rachael Bloemker is the co-founder and director of Junior Premier Hockey (JPIL/JPOL est. 2012). In 2019, she coached the US Women’s Masters Indoor Team to a fourth place finish at the Masters Indoor World Cup in Hong Kong. From 2008 – 2015 she was a member of the US Women’s Indoor team competing in several Pan-American Indoor Cups/Championships and international tours. Prior to representing the US, she played for Glasgow Western Ladies First Team in Scotland from 2008 to 2009 winning the National Division Club Cup; and Spirit Hockey Club Ladies First Team in the Nederlands First Class Division from 2006 to 2007. In both international stints, time was also dedicated to assisting in training local youth throughout the seasons.

Bloemker is a native of the Philadelphia area has coached many athletes She is a 2006 graduate of Drexel University where she was a four-year letter winner, two-time MVP, National & Regional All-American, All-Conference team selection, three-time Academic All-American, Drexel Student-Athlete of the Year and played along-side her sister, Heather Bloemker, for her Junior and Senior years. She holds a B.S. in Sport Management with a Business Minor, Coaching Certificate, USAFH Coaching Accreditation Level II, USAFH Umpire Level I (Indoor and Outdoor), and training and experience as a Strength and Conditioning Coach.